Some Evidence Required for Expunction of Arrest Record 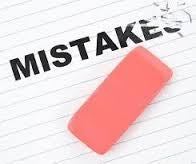 The Waco court of appeals this week threw out an expunction that had been granted despite the fact that the DPS didn't even show up to the hearing.

Here's what the court of appeals wrote regarding their decision in this particular case:

It is interesting to note that the court did not find the applicant was not entitled to the expunction, just that he did not appropriately prove it up.

What's the lesson from this case?  In the (unlikely) event that a party to the expunction objects, the client should appear at the hearing and be prepared to testify that the facts in the petition are true.  this un-objected to testimony will prove his eligibility for the expunction.  If the DA does not object and the DPS doesn't show up, this is a foolproof way to bulletproof the granted expunction order.

Attorney Russ Hunt, Jr. brings a unique and personalized approach to criminal defense, speaking and working one-on-one with each and every client. He strives to address the stresses and concerns the accused face, while diligently working toward best possible case outcomes. If you or a loved one c...

Have a question about state or Federal criminal charges in Williamson or Travis Counties? Please submit your information in the form below, and we'll get back to you as soon as possible. Please note that all information you submit is confidential and will not be shared with law enforcement or other third parties.

Thank you for contacting us. We will get back to you shortly.

Please complete all required fields below.

You Are Not Alone

Criminal charges bring some of the toughest stress you'll ever deal with. In difficult times--and especially against the tough state and federal prosecutors in Williamson and Travis counties--you'll need an aggressive and determined advocate by your side. An accessible and dedicated ally, Russ tirelessly fights for your best possible outcome.